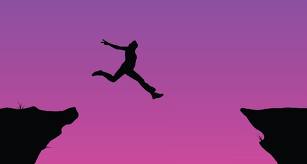 Sunny’s school ended in June, so Ou Yang decided to go visit her family in Xi’an. Actually, it was to keep her head from spinning since the big decision she made the week before: To sell the cottage and move to Vancouver. Staying in Montreal meant she had to shoulder all the responsibilities, the expenses for the house, and her son’s education. It also meant that she would have no time left for herself — no chance to go anywhere alone, to enjoy herself,  to go dancing.

These difficulties were all bearable except for the thought of her son not having his father around to love him and help with his education — things which required more than just time. Ou Yang had deep-seated worries about her son going through his life without a father by his side. In her mind, only a blood-related father could truly love and educate his son. Anyone else’s sincerity and integrity could easily come into question. When she watched her son fart and laugh without restrain in front of her friends, it convinced her that Sunny was developing bad behaviour and that he needed his father back.

With a pair of discounted tickets, Ou Yang and her son arrived home in Xi’an, where she was born and raised.

“Aiya, how come bao bao’s* teeth are so ugly!?” burst Ou Yang’s mother as soon as she caught sight of Sunny at the airport. This was only Sunny’s second time in China seeing his grandmama, and he hadn’t yet grown any teeth on the first trip back.”

“Maaa, can’t you say something nice?” defended Second Sister, nearly yelling. “Plus,” she added, “Ou Yang can always get his teeth fixed in Canada.”

But she was wrong! Ou Yang couldn’t afford to get his teeth aligned. Two years of dental surgery work could easily cost her ten thousand canadian dollars. It was obviously impossible to have it done in China, though it would be 6 times cheaper.

Ou Yang looked at her son’s protruding, uneven teeth,  and felt that it was also her fault.

“Ai! when things are not right, even water gets stuck between the teeth*!” her mother shot back.

Ou Yang sighed and felt the tears begin to well up. It wasn’t water stuck between the teeth, it was salty, sour and bitter tears that stung her throat.

Ou Yang went up to the Old City Wall where she had brought Elizabeth more than 15 years ago. Despite the new skyscrapers and car-filled streets, she still recognized the city of her youth. At least, the Old City Wall had stayed the same.

Ou Yang did notice one big change: the old man who always sat there on the corner knitting was missing. He was 87 when she showed Elizabeth the City Wall; if he was still alive, he would have been more than 100 years old.

“Ei, people die!” Ou Yang said to no one in particular. A look of complete hopelessness in her eyes dimmed her excitement of revisit. She had no idea how the old man had maintained an air of such calm living through all the turbulent changes of modern China: the chaos of the Republic of China, the Japanese Invasion, publicly humiliating and humanity degrading struggle sessions of the Cultural Revolution. Ou Yang lived in a place and period of peace, yet she felt she was suffering the miseries of all mankind throughout history.

Ou Yang sensed that she had lost something there, where the old man sat, something important that she had never quite understood. Xi’an was no longer her city and, after a lifetime in Canada, maybe she could no longer call China her country or even home.

She could not imagine what her state of mind would be when, in two month’s time, she had to move into a small apartment in Vancouver, three blocks away from her ex-husband. She did not dare to think what it would be like to see her son running back and forth between a mother and father who could neither live together nor live without each other, connected inextricably by their son.

Ou Yang had not only lost her man, city and country; she had also lost her home in an endlessly turning world where her wandering heart could never find refuge.

She got a ticket to ride…

Simone was driving on Peel up to Boulevard René-Lévesque in downtown Montreal. It was just afternoon and a lovely day was unrolling before her, with double skylines letting sunshine into her quiet and spacious shiny silver Tesla Model S.

She was on her way to pick up a friend. It was currently 12:40 PM and she was one kilometre away from her destination. As she pulled up to the line at René-Lévesque, Simone took a quick glance at the text message she had sent telling him that she would be there at 12:45 PM, on time. She checked the time and put down her phone. Everything was in control.

As her car crept quiet as a cat to the stop line, Simone lifted her eyes from her phone to see two tall, handsome forty-something-year-old policemen walking towards her car with what appeared like curiosity on their faces.

“Please drive across the road and pull over on the right side!” one of them said suddenly.

Simone stopped smiling. “But why?” she asked in surprise.

“You were using your phone while driving. Please drive over!” the policeman ordered.

The green light was on and Simone drove slowly across the intersection. She gently pulled over to the right and immediately took out her driver’s licence and car registration paper. She wondered why one policeman didn’t come to her left side as the normal case would be, but rather remained on the right rear side while the other one went one full circle around the car. She handed the papers over to the officer, explaining she wasn’t texting or using her phone, just taking a glance at the time and checking to see if her friend responded.

“We will mail the ticket to your address,” was all the officer said.

Simone was seldom annoyed, but now  she felt troubled and wronged!

“You can contest in court. This is not the time or place for that,” said the officer indifferently before turning and walking away along René-Lévesque.

Simone was definitely thinking about contesting. She wasn’t talking or texting, just taking a quick glance at her phone. She felt wrongly accused because she was conscious of the dangers of using the phone while driving, and she had not been using it.

She also knew that the police had not been joking. She would get the ticket in a week’s time.

“Well,” Simone thought to herself, “maybe my expensive car – and more importantly, my life – maybe even other people’s lives have been saved by this $120 fine.”

With that in mind, Simone felt relieved and truly thankful for the inevitable ticket. She felt that she had to make these 120 dollars count. She had to make everything worth its cost, just like the plane tickets she bought in 1998 to cross the Pacific Ocean, leaving her son and family behind in China.

She’s got a ticket to ride.

*– A Chinese proverb to describe the worst situation