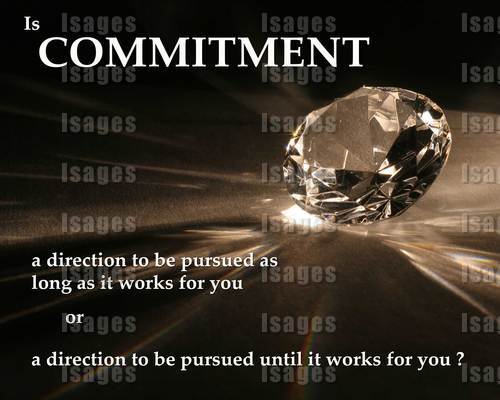 Ou Yang broke her commitment to her husband, yet at the same time, she strangely needed it too — the kind of commitment that suited her, a promise to which she could reasonably and righteously cling . Though it was not quite the same commitment she had imagined and expected, she thought she could still try and see what François could offer to put her heart and nerves in the right places for the rest of her life.

Doubt crept into her mind and made her leery of going out with François any longer, but it was hard to give up hope on him. She dared not say anything to her sisters and mother in China about her handsome well-off Québecois boyfriend’s money-borrowing issue, especially since she had no solid proof to persuade them that she was in good hands.

François, obviously, would never hand over his wallet to her and neither would he — an independent-minded North American man — always say yes to her and her son. He would never, by nature or by belief, become a submissive husband like many Chinese men had for their wives.

But still, François was not bad at treating them coffees and meals. Not every time, but often enough to cause Ou yang — a complicated Chinese woman who could only accept nice treatment as debt, not love — to feel guilty.  She thought she paid more often for him than he did for them.

So how she satisfy her desire to be generous without spending too much of her own money? The only way was to have his wallet. But Ou Yang knew that this would never happen with François. Nevertheless, François did invite them to live with him in his apartment on the South Shore. And he had been taking care of her son, which she could never imagine any Chinese man doing.

Ou Yang, though, could not go live on South Shore. It was too far from work and from Sunny’s school. She didn’t even want to drive to see François over the weekend, to a place where, in the prejudiced eyes of a well-traveled Chinese woman from Xi’An, a big Chinese city, there was only countryside with American-style shopping malls and a boring small Québecois town. So it was usually François who came to Montreal to see them.

After brunch at Cora on Newman Street one Saturday morning, the three of them got into François’ BMW X3 to go to a golf driving range in Bromont. It was only a 45 minute drive from the restaurant, and it was a very nice day in early June. They were well-prepared and properly dressed: golf clubs, caps and gloves.

Ou Yang was not as fast or as good as her son in learning sports. After only a dozen times practicing and learning from François, Sunny became pretty good; his ball could even reach close to sixty yards from a beautiful swing.

“My son needs a good father like François who can help him,” she thought, silently rehearsing her argument to her family for the goodness of François despite any doubts. That was what she strongly felt whenever she saw her son enjoy learning and heard his giggles and laughter. Indeed, François was very loving and patient towards Sunny. Very importantly, Sunny really liked François. Nothing could please a Chinese mother more than when her son is doing well.

After about two hours of on-and-off practice, they decided to head back to Montreal for an early dinner at a new Sichuan Restaurant Hong Fan Tian ( 红翻天). It was early afternoon. The city of Bromont was hilly, quiet and nice with houses of all styles covered in trees. There was even a Swiss style house surrounded with huge natural gardens, that made them  wonder who migrated to Bromont from Switzerland and why. The weather was beautifully perfect — “ni froid ni chaud” — or “not cold not hot” as Québecois would describe it.

Ou Yang was not quite finished putting her bag into the back space of the SUV when she heard François telling Sunny sternly, “What are you doing? You can’t do this! Stop it!”

His voice irritated her ears. She quickly left the bags and things and came around the car to where François’ was lecturing Sunny.

“What’s the matter? What’s wrong?” she asked, worried that something seriously bad was happening, and that it must have something to do with her son.

“Look at your son! He smeared my car with his fingers. I didn’t have time to have my car washed and it’s full of dust!”

“So? What’s wrong about a few fingers writing on your car?”  Ou Yang was upset. “He didn’t break anything. He didn’t even scratch your car! Why are you yelling at him for such a nonsense?” she said furiously.

“No, he didn’t break my car. It’s not so much for the scratches neither, but he might have really scratched my new car,” said François. “The point is that your son should learn to behave better in public with other people’s property.”

François didn’t easily give up on things that he thought to be right. But Ou Yang wouldn’t listen to his reasoning, even it was for her son’s own good. She was deeply offended. If she was the one criticized, she might accept it, but her son was still young and should not be treated like that. At the very least, she should be the one to lecture Sunny, not François.

“You are not his father!” said Ou Yang. “Don’t you ever yell at my son for something so stupid.”

François was cool and did not try to fight back. He calmly continued trying to explain the importance of respect and good behaviour in public while Ou Yang was feeling weird  about Fançois’ being fuzzy. Her heart was sinking away from him and all the good things he had been doing for them were fading.

When Ou Yang was young, she followed her mother to Hong Kong and lived there for some years. One day, she smeared the new Benz of her mother’s boyfriend with her fingers and got yelled at.

That event was the end of her mother’s relationship with the Hong Kong man, and now a similar situation had just happened in Montreal to her son, not on Benz, but on a new BMW X3 some quarter of a century later…