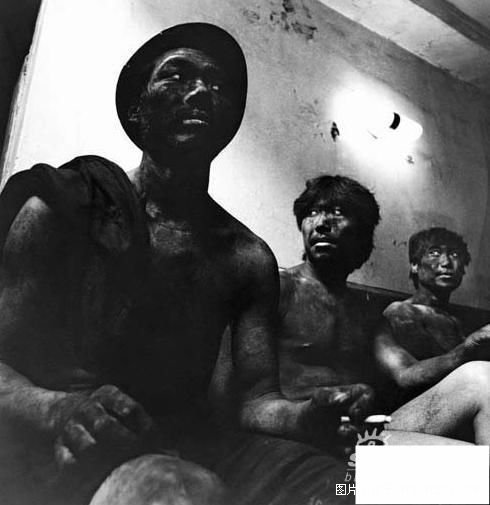 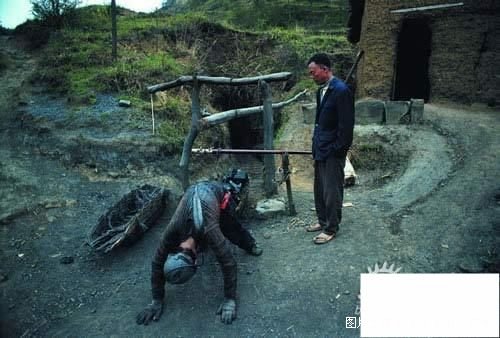 Read this report on Alberto’s FB . It reminds me of these two photos posted above. They are taken in China, somewhere unknown with anonymous photographers,  posting or publishing agencies.

No matter how afraid the photographers are to disclose the ugliness of Chinese miners at home, the inhumane, or better say abnormal cruelty of all creatures and exploitation of the same species,  what is shown in these photos indicates the roots of problems abroad.

When someone behaves bad in the society, there must be something wrong at home. Usually if he is abused or distorted at home during the time he is bought up, he gets used to these ill treatment and has taken it normal, then he most likely has learned it by intuition and most probably, he will use the same ways to treat others. Learning by intuition provided and enhanced by certain environment marks the learners with deep-rooted strongest effect which would take him forever to remove or quit, or even to realize.

For a nation, it is the same. When its people behave bad in their own country, treat themselves and each other in bad ways, it is almost impossible for them to behave differently. They are equipped with THESE WAYS and these are THE WAYS. They are unconscious of the wrongs that are born to their bones and melted into their blood generations after generations.

When the ill treatment or behaviour has always been accepted, or ignored of its wrong for long, especially for a nation who has been shut away from the trends of the world, its people have lost the sense of justice until they meet with oppositions. Chinese bad behaviour will not likely to encounter the violent oppositions because their balls are held by their stomaches. If a weak Chinese dares to say anything or even show a little bit colour of discontent, he will be fired.

China had been strong over the world in certain periods of history: Tang and Yuan Dynasties, or we can say that the history of China or any great civilization has been one of expansion all along the time line. China used to be very small, only places of now Centre,  East and south of China. She had expanded to Northeast, further South, Southwest and North West. Where ever Chinese went, they brought its agricultural technologies,  its language and other cultural aspects. Of course, any habit needs to be broken, and it is fine if the habit we break belongs to an inferior category.

The world has greatly changed, not only in ways of working, but most importantly, in ways of how people treat themselves at home, each other  in the society and how to treat people of different cultures. In a word, humanity has become the most important element of our modern world, a world which has become smaller because of internet, a world closer in understanding the essence of life, a world much less tolerant to ill behaviours.

Twenty-First Century is China’s century! This will not come true until Chinese genuinely realize who they have been, how they have treated themselves and each other, how they have been ignoring and tolerating injustice at home! China needs an anchor at home to hold its own boat in storms. She needs capable sails that will guide the boat breaking through the evil wind from its own land and that of the world.