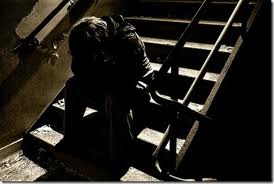 At about 10 am one Sunday morning, Simone’s cellular rang as she was preparing some documents for her clients in her home office.

Ge Wen did not respond to her greeting; many overseas Chinese were not used to greeting each other or making small talk as North American people often do before starting a conversation on a subject. Instead, he asked abruptly:

“Was Ou Yang there with you last night?”

Being Chinese herself, Simone was used to this kind of bluntness-getting right into the point. So she answered directly:

“No, she was not here!” Obviously, Simone had no idea why he would ask such a question.

Naively Simone added: “ why do you ask?”, her mind was still focused on her laptop, searching for the French version of her client’s contract that wasn’t  showing up under “Documents”.

“She said that she was with you last night!”

Then, from the other end of the line came no more sound. A moment of silence.

This moment of silence was long, so incredibly long that Simone immediately regretted her words. She felt stupid. Why had she not held her tongue? Why was she still working instead of paying full attention? She couldn’t blame Ge Wen for being blunt and rushing her into this stupidity, could she?!

It was the first time she had ever done something so unbelievable, so stupid. By leaking information she hadn’t intended to, rather than to fear that she would lose her loyalty to Ou Yang, she started to worry that she might have gotten herself involved in something unpleasant and troublesome-something she wanted nothing to do with.

Without surprise, Ou Yang arrived crying in the afternoon.

“Ge Wen knows now that I am dating this guy!”

Ou Yang sounded like she was crying, but there were no tears in her eyes. Only the puffiness of her face showed that she had shed some serious tears earlier that day

“Well, shouldn’t you be prepared for this kind of thing when you started dating without getting divorced, or at least you might have made clear your intention?  I thought Ge Wen knew,” Simone said coldly.

Simone was tough but true, yet maybe too tough and true for nothing. Should she just hold Ou Yang in her arms and let her cry more?

Ge Wen was very angry for the fact that she started dating and sleeping with “this guy” whom he had no idea about.

“Who is this guy? Why was he spending time with MY son?” Ge Wen asked, attacking with his questions. “Is he really better than me? Is he so good and considerate? Am I that disgusting to you?”

These questions stunned Ou Yang. Ge Wen’s temper – a temper Ou Yang had never seen before – scared her. Such fury, coming from this meek, sheep-like husband, began to shatter Ou Yang’s nerves in a strange way she had never felt before. She became desperate, so desperate that she wished she could hide herself somewhere, anywhere where she wouldn’t have to answer those questions.”

Ge Wen was scared too. He began to realize that he was losing his wife to “this guy” whose name he actually did not want to know ever, to some unknown, green-eyed ghost. His worst nightmare might become reality in no time: his hope for life, his only son might not live with him forever, instead, he might spend time with this gxx who had done nothing for him, but soon might enjoy the harvest for which Ge Wen had worked so hard all his life.  Further more, he couldn’t even imagine the reaction of his parents when they found out they were losing their only grandson – the last sole male of three generations of their family…

Surprisingly even to himself, Ge Wen was also scared in another sense. He was scared at his own rare display of anger…