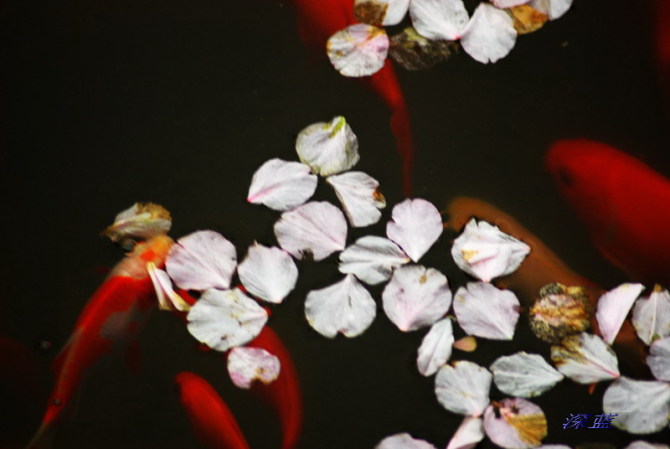 It was difficult for Elizabeth to put herself back on the market again, after more than twenty years of marriage. The she lived in a small village of about three thousand residents; everyone in town knew each other, and nobody there had caught her eye.

The Internet, a revolutionary invention of the 20th century, has not only shrunk the world at the speed of light and extended the human experience with a multitude of content and colours, it has also penetrated our intimate lives. Dating sites like Plentyoffish, Match.com, Lavalife, and hundreds of others have created a world behind the computer screen, real communities built with virtual bridges. Online we can find plenty of fish of all sizes, shapes, and colours.

But Elizabeth preferred traditional dating, which was understandable but limited in many ways. It is true that one can never really know who they are communicating with behind the screen, and most people are not sure if they want to bring a stranger into their reality. And so Elizabeth was dating a man whom she had met through friends, a big, strong Catholic who did not live very far away.

Ou Yang had started dating on Lavalife after talking with some other girls who had found their boyfriends on the site. She had come from a new nation that gave her the guts to go abroad and built her home in a strange land, so she could hardly be called bold for dating on a website.

Yet Ou Yang did not have much time for endless browsing and meetings. As she said: “I have no time to waste!”  She could not afford to go too much into detail neither.She was too busy with her work, household chores, and caring for her son, so the objective in her head and in front of the screen was clear. It seemed to her that dating had to be done as a goal to achieve rather than a period of life to live. She also did not want to grow fat from the endless coffees, lunches, and dinners, and she worried that she would spend too much money on worthless men, in addition to her precious time.

Soon enough Ou Yang found a French Quebecois as Ge Wen was leaving. Ge Wen had functioned for a few months as a baby sitter as Ou Yang prepared to replace him as a husband, and yet he knew nothing.

She had been talking to her “buddy” Simone for a while about François.

“What do you think of him?” Ou Yang asked Simone after telling her François’ age, appearance, and what he did for a living.

Simone was conscious that Ou Yang was dating while still married, right under her husband’s nose, and Simone felt a bit awkward giving her opinions under such circumstances about a man she had never met.

“Well, I really don’t know! You have to judge for yourself. I don’t know what you want and I have never met this person.”

Simone’s last comment led to a party suggestion by Ou Yang, and soon enough there was a BBQ on the back deck of Simone’s house one Saturday afternoon.

Now the man behind the screen showed up.

About eight years older than Ou Yang, Francois Rousseau was a self-employed business man who had been selling companies for owners who wanted, or had to sell. He was a good-looking middle aged man of medium height; his hair was turning the mixed colour of salt and pepper, thinning on top of his head; his body was straight but with ease, his face properly portioned and delicate, his red-striped shirt nicely well ironed. Though, with a bit of a belly hanging, he was quite pleasant to the eyes.  All these showed that he was doing pretty well in his business and life.

He was more prudent than humorous, as most business men usually are, but easy and pleasant enough to socialise comfortably.  After all, he bore the standard merits and characteristics of a decent Canadian professional salesperson. As Ou Yang was searching for a reliable Quebecois man, Francois’ fascinating blue eyes might actually rank dead last in her criteria, a pair of eyes that could attract romance with little effort.

Simone invited a few friends to help liven up the party. There was Victor Point, Simone’s boyfriend, Jeremie, a young Frenchman who was one of Simone’s Salsa friends, and a nice, gentle Chinese woman who had immigrated to Quebec from France. The guests started arriving around 3:30pm and slowly started a pleasant BBQ of steak, potatoes, salad, rice, and a red wine that Victor had brought back the previous summer from Bex, Switzerland.

Victor was a talkative person, and a party could be very dull without someone like him. He talked a lot, but he seldom spoke nonsense or went on meaningless rants. His humour was slightly weird and cynical, possibly due to his dead-end musical career. He had switched to web programming just because he believed that art is private, very subjective, and personal. Depending on art for a living was akin to putting art under pressure and scrutiny. Art is for appreciation and opening one’s mind, like humour is for laughing and mental health, even though some jokes bear criticism artistically and some can even turn sarcastic. But Victor’s jokes often had his new “friends” lost in the clouds with their absurdity and cynical flavour.

His tongue would deliver many interesting stories and his eccentric humour would either shock people or push open the gates of a common sense for the hidden variations of comprehension of life’s meanings in its richness and profundity. His endless novelties would make the people around him wonder how he could possess such wide a range of knowledge and how he could have such an unusual memory! Despite the cynical hint in his jokes, he was well appreciated and favoured as an original person by Simone.

Simone and Jeremie were the party exciters who made the party lively by showing off in a Salsa dance. It was a nice autumn afternoon and all of Simone’s tenants were out with their parents, biking or roller-blading by the Saint-Lawrence River. Nice music did not really disturb anyone,  nor did any of Simone’s friends arouse unfriendly feelings of her neighbours, only the occasional burst of laughters startled off the small delicate exotic red-coloured cardinal of Montreal.

Things went pleasantly for every one, also for the quiet Chinese woman from France. Her gentle light smile with a nod or a simple “oui!”  eased the hot Salsa dance. Simone did not quite understand Jeremie’s tongue rolling French of Paris, but their love for life did not stop because of the language barrier, for they had this mutual consenting smile and the sexy latin music and dance moves that both apprehended very well in similar senses. François soon grooved into the party, though Ou Yang unconsciously displaced  a little nervousness and some kind of concern with her tense body posture and slightly forced smile, maybe she was thinking about her son, or feeling uneasy about her husband left home with their son…

Towards the end of the party, Ou Yang dragged Simone inside the house and asked earnestly:

“What do you think?”

After three hours of BBQ, chatting and dancing, Simone had to say something to meet Ou Yang’s expectation.

Simone did not want to intrude with too much of her opinion, knowing that she and Ou Yang were two different types of women in their different phases of life. She knew that life had to be experienced with people’s own ideas and mistakes, and that her opinions might be absurd for anyone else but her. People truly are very different.

Of course, any single men who wish to date Chinese women with children should always treat the children well with no conditions, although it was almost unheard of for a single Chinese woman to date a single dad. They would probably rather be old spinsters.

Simone was a bit concerned about Ge Wen, but as the Chinese saying goes that: “ water at distance can not ease the immediate thirst -远水解不了近渴（yuan shui jie bu liao jin ke) ”, and let alone the fact that Simone was not a friend to Ge Wen, which meant the kind of distance at heart, she could do nothing else but “help” her friend Ou Yang. That seems to be what a friend is for.