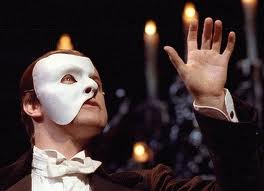 Jonas might have gone a bit farther than his convention limited him or his religion has expected of him by being a bit farther away from his vow to his wife Elizabeth. The worst of all, he confessed to his wife,  as a good Christian, his “sin” of having fallen in love with a Chinese woman a few years after the event. We would wonder, since he could stray from his Christian disciplines, why could he not bear the torture of his guilt, why would he not just consume it or let it rot away with his dead cells than sharing his burden with his wife whom he might have forgotten that she was also a human being?

Nevertheless, we could never understand the true reasons for this cruel disclosure of his “infidelity”. He might have a decent cause to break his oath for, but he did not do it right then in “proper” ways or he was just too true to himself to remember his vow. When the jug is broken, any way of breaking it should be wrong anyway.

It is in vain to blame when unpleasant things happen. Finding fault could not end the inevitable conflict between God and men and neither could it help build our life. Experiences, any experiences “good” or “bad”, all should become positive energies for wise people to resume their lives, not something to fear of, nor to avoid facing. “good” or “bad”, we need to embrace them as our lives, our only lives that would have been in these ways no matter how many lives we would have lived.

For Jonas, should he honour his own individual need or path while continuing honouring HIS that had taken his wife into this custodian of marriage, and how? Should he be allowed to “sin” and make mistakes, such big ones in his life that had mislead another person’s 2o years? Or we should say it is not sin nor mistake, but rather the natural unavoidable progression of  life? When we say that “cheating” is a “sin” or “mistake”, aren’t we putting ourselves on the “right” side of human moral laws, yet dwelling on the wrong side of natural laws? Is Christianity seen as natural laws or laws of our humans? But it seems that the unified only way is to live our lives well with what we have got making the best out from whatever situations we are put in.

Life is always complicated. The complication many times includes mainly our concerns for the loved ones, the direct wife or husband, children and indirect other members of the families. It seems that life always has two faces, one is for facing the institutions that we created and live in, the order that we established and have to follow, and morals and values that we teach our children to enable them to have something to hang strongly on; the other face is questioning ourselves inside, to understand our changing selves, our true feelings,and what the set world and moral touching promises still make the same good sense to the true changing instant us.

The second face is always timid with a little voice while the one outside is either unquestionably strong or used to be in set moulds. Could Jonas be a natural man and a godly man at the same time?  If not, why not then?  What would be the result of just being a natural man instead? Quebec men had kicked the ass of God out from their doors, what have become Quebec men for Ou Yang to date soon, what are these ungodly Quebec men?

Elizabeth’s divorce dragged longer than usual. She struggled for 8 years amongst bearing the banal consequences of her husband’s very humanity,  the cruelty of the discharged guilt and her own human attempts for forgiving. A woman who married her high school sweet heart, a pious Christian and a mother of four was given the burden to choose and carry separately the responsibility for the kids.

Since Elizabeth decided to divorce, she would be thrown into a world that she had not much knowledge of, or probably that she would not approve. It seemed that she cast herself out from her relatively enclosed and “purer” Christian world into a mixed one of all others. The most unfortunate of all,  she would encounter doubt in her firm mind，rendering herself at the risk of losing her Christian faith.

She was about to find out that the world where woman made from man’s rib was changing when science and technologies have made our life such that the strength of muscles are losing to that of brain. She knew very well that Eve was depicted the vicious and disrespectful one who tasted the apple of knowledge, and she herself had become a woman with free spirit who was in reach of any apples in the world. Yet, the Christian culture had planted into her blood and bones the concept and habit of relying on men without whom women were out cast forever into an unknown world, a world where men were leaving behind what she had been taught to believe in.

Instead of saying that Elizabeth was thrown out by an unrighteous and unkind incident onto an awkward stage, it would make more sense to think that she was put into an ordeal and incessant trouble and pain by the need for “confession” and for releasing the “guilt” righteously. Jonas was not saved neither from an ordeal, though different, or even worse and harsher one, from the unimagined consequences of being honest enough to “confess” and to ask for forgiveness, thus putting the hot ball into the hands of Elizabeth for his own errors that might be correctable by himself.  We were not saved from tasting the salt when Jonas and Elizabeth were crying. We were helpless. We could not even hold their hearts besides being silent.

Poor Elizabeth, now she was on a stage where she found herself almost naked and everyone of her small village was watching. She was out of the relationship with her husband, yet not ready to have a place to hang IN. She did not quite know the location of the door to the next house where she could accommodate her soul properly as she had achieved before with Jonas.

Her uncertain situation could be easily seen on her puffy face. The grievance, the unrest, un-eruptable wrath found their ways into her deep wrinkles. She was born with a up-beat character and was chosen by God as a perfect sower of sun rays, but the life changing event hardly could hold any longer her happy karma and her life nurturing sun rays almost resembled that pale light dazzling from a mirror. The need of her children, the love and care for her kids and the limit of the small town made it impossible for her exhausted soul to give up completely her once happy marriage of almost 20 years. Life is not a nice paint, life is real, ugly and awkward at this moment or years,  which did not allow her to go forward nor backward.

We would think that Christians do not fight against each other, yet we have to to accept that they fought hard by hanging fast to their belief and defending their humanity and conventional feelings fostered by their belief, or simple by not knowing what to do while tangled in complex situations . Their God was the witness of their frustration and indifferent relationship that was once loving and perfect. There seemed not much good left from the happy past except reluctance and indifference between the two of them.

Like Elizabeth, Ou Yang was slowly coming out from her Chinese convention.  With a vague vision of a “bright”future, all life businesses were uncomfortably annoying and discouraging .  The two women,  of different nations,  so different from roots to surface, were suffering strangely a surprisingly similar fate…