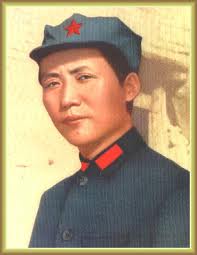 The USA financial crisis arrived in 2008. It is surprising that a nation who strongly believes in their God and his Son Jesus did not succeed in preventing men from restraining from his nature of greed,  if their national effort of 450 years had been in vain in certain aspects! It is shocking that the most advanced minded American “scientists in finance” would encourage and push its people to the edge of dungeon and leave themselves with the danger of having their wealth without base. “If a free society cannot help the many who are poor, it cannot save the few who are rich.” so said John F. Kennedy.

Maybe it so happened on purpose to give Americans a big blow in their faces to wake them up to HIS teaching.Stephen Colbert said: “If this is going to be a Christian nation that doesn’t help the poor, either we have to pretend that Jesus was just as selfish as we are, or we’ve got to acknowledge that He commanded us to love the poor and serve the needy without condition and then admit that we just don’t want to do it.”  We wonder if Americans can be great again! Maybe it is still great for trying to hold the big Noah’s Arc by giving up fights over the question if the Rich should pay more taxes and the poor are worth being helped. There arrives a time when “love” should again get involved, and the doubt about the reason for  “love” would be as ridiculous as it be highly insensible at this moment.

The “Financial Crisis” found its roots in the deregulation on many financial policies, inducing a misleading of real estate market value increase, encouraging non-qualifying borrowers to high debt-ratio loans with over and illegal transactions of insured mortgages between mortgage insurance companies, and eventually resulting in 25% of mortgage default.  The direct but hidden side-effect of “out-sourcing” jobs for more profit and tax-saving schemes starting in the 80s to Japan, then to Taiwan, and in the 90s, to China and other asian countries in a large scale had served as the bait for its caught-up situation.

When they turned to its reserve, they found out that only debt was there from decades of borrowing and tax-cuts for the rich started back from Reagan’s time. Ten years of expensive wars in Iraq and Afghanistan further endebted the great nation up to 14 trillions , leaving USA  an advanced country like grass without roots and river without source. Greed is a nature for both the rich, and the poor, only with the poor suffering much more the consequences. USA  is set again on a mission that is not new in its history.

When USA sneezes, Canada will soon get a cold.   Though the impact of the “Crisis” was not as fast and brutal,  since Canadians had been more careful about deregulation on banking policies and the Canadian Social Security and Medical Structures had been serving as an important safety net, it did slow down the economy! The unemployment rate raised a little. Staff from other countries-immigrants or new comers to the companies were believed to be the first “scape-goats”.

Ge Wen believed that he would be the first one to lose his job if the company would start laying off people. He had not been feeling comfortable with his boss, “a woman” made it even so,  and he basically had no contact with his colleagues.

“What to say to them?” He would protest against his wife when she said that he should maintain a good and closer relationship with them.

He was lonely. Everyday, he found his legs heavy leaving the threshold of his cottage and very light and happy leaving for it at the end of a day’s work. At least, he would have time for his son or cooking, or scroll on internet for news from China, or following heated discussions on issues concerning China, or reading the typical Chinese way of binary judgements… Home was his only place of comfort!

Ge Wen wanted to change company a few times, but at that special time of crisis, for the sake of the obligations to pay the mortgage and fund his son’s extra learnings, he stayed. He dragged, rather put that way. He would do the minimum just enough to keep his job. He would reluctantly say “Hello” to his colleagues when there was no way to avoid and he would definitely do everything not to see his boss.

Ou Yang was slowly seeing her husband sinking into some place that she could barely prevent him from falling. For her, it was not acceptable to fail. She thought if she could do it, then why couldn’t he? Theoretically she seemed not wrong.

Another thing from her husband’s failing away was something that Ou Yang could hardly make any effort for. His sexual desire diminished and gradually he stopped making love to her.  This situation had been dragging on for more than 6  months!

“Should we go see a doc…?” Even before the question was finished, Ge Wen got angry and yelled with reddened face:

Quickly after, he disappeared up to their room! Their room had some how become “his” room. It became permanently HIS after a few times of trying to be together . Ou Yang slowly got the feeling that chasing her husband for sex would be as in vain as seducing a dead cat! Ou Yang had been squeezing herself with her son ever since.

Women always could find some one to vent their frustration,  but it seemed men would or could not. Maybe it was because that men had been taught to be tougher and women were allowed to cry. Men would very seldom utter to people about their problems, especially sexual ones. They seemed more bottled up on this subject especially. They either shut up or did something already. Men had been proven not to be willing to divorce for insufficiency or lack of sex, while women had been said not to be capable of dealing with this issue like men. Was it easier for  men to have mistresses than women having lovers?

Ou Yang was born a person with high energy and with a higher libido as well. It was harder for her not to look at those good looking “foreign”guys when they passed by, not easy to resist their flirtation and obvious seduction! The seductive language accompanied with the hot look and hallucinating cologne became even more irresistible.  From time to time,  it would snap her into a kind of dark pleasure for a moment， though short and unreal as it was, yet it sometimes eased her hopeless yearning and temporarily satisfied her hunger under no reserve.

At the same time, she would unclearly feel that she was a low-class cheap woman by being so much in need of gentle cuddles and wild screams with her men. She felt guilty. A mother, with a 7 years old son, could have such a burning desire and addicted sexual hallucinations.  She felt very sad and lonely walking alone in this world full of sexy men, but  she could not have a bit of comfort or pleasure. Sometimes, she felt that the inner she would give up everything for things she was entitled to as a simple being! But she could not, she could not cry, neither could she leave! She just could not abandon everything and everyone, and she had run out of words for desperation and wreath.   Not more desperate than her husband, she was bending down lower with much biological pressure and complication.

Among the chaos of her life, Elizabeth was arriving! Even it would be in a few months time, it was at least something for her to expect for, something she could be sure of its authenticity . That Irish American woman, with her loving husband and 4 children all very healthy and lovely,  had been her idol for the past 15 years! That was a family Ou Yang had wanted。That was her deep dream,  her wish in desperation, and her steel Anchor that would fix the little lost and floating boat of hers in the exhausting fight with her husband, son, her work and with herself.

OU Yang impatiently counted the weeks on her calendar for her missionary to arrive.

She was unconsciously waiting to be saved, as her 2nd brother-in-law had been waiting back in China more than 10 years ago. Elizabeth and her husband Jonas Larson gave him a simple baptisation by dipping his whole body into their “luxurious” bath tube in their Guest House. They asked him to hold tight his nose, slowly laid his body into the water, then brought him up dripping like a duck. They were singing prayers during the procedure. Her brother-in-law said God was the salvation that he had been waiting for!

That was a secret! No one else knew except four of them; it was the secret mission of Elizabeth and Jonas Larson. Brother-in-law had been a communist party member since 18 years of age and had always been working for the government without annual holidays or even a blink of an eye. He was not holding a small position. A communist party member, a government official being baptized as a Christian in the 90s in China was indeed unimaginable . His baptization had been a hidden fact from the communist party and a deadly secret, the disclosure of which would definitely lead to his complete removal from the party and  cost him his Iron Rice Bowl.

Back then, Ou Yang was not feeling comfortable of accepting it as her brother-in-law did! She was a serious girl always. How could one be baptized without even reading the “Holy Bible”? She did not understand why her brother-in-law said those surprising words about God being his salvation. Was he abandoning his Party? Chairman Mao was not his salvation any more? But, she felt that her brother-in-law some what changed. To what, she could not describe. Maybe two salvations were better than one?!

For Ge Wen, it was an absolute taboo as he had been taught that religions were poisonous snakes and deadly diseases.  We were atheists and materialists. We did not believe in anyone else, nor in anything else.

But, this time, when Elizabeth would be here, she thought she might have some serious matters to discuss with her and might even accept to be baptized as a Christian, thus she could be saved with the help of the “almighty” Elizabeth. She could not wait for the day when she would arrive! She was dreaming that all troubles be removed and she become happy and light!