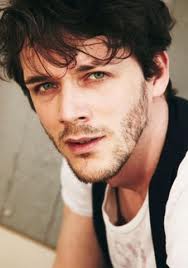 From the moment Ou Yang graduated from school and started working as a tour guide, her mother had started a campaign to get her into a marriage. Ou Yang had just turned 20, and in her mind, marriage was something that she had no desire to hear about, at least for the moment. She had her own plans, her own dreams, and the boys of her liking were on her mind! She would either find excuses to escape when her mom brought back boys that she thought suitable for her, or nag her sisters to help persuade their mother that it was still too early for marriage. Again and again, many such ” Xiang Qin” (Match-Making) had never changed Ou Yang’s mind. This kind of “I think he is good for you” really turned the love off in her head. Poor boys, either from good families, or “good” looking, or from the army, were turned away. Some did not even get the chance to see how she looked, except for in a photograph.

Ou Yang’s mother would always mumble or urge her to be serious about the matter, warning her that she would not want to be a “left over,” often saying that “shopping left and right, found a leaking oil lamp” ( 东选西选，选个漏油灯盏). Her mother’s proverb-like saying did little to help, and she didn’t know if it was meant as pressure or as a curse for her. Modern Chinese women never understood why their mothers still pushed their young daughters to be married so early, just as their mothers pushed or arranged for them. The women of the New China were supposed to be independent, no longer having to sell themselves as fresh meat or vegetables, but their mothers continued to be like their mothers and mothers’ mothers, busying themselves in taking on this serious matter as their everlasting career, until their daughters found their home.

Ou Yang, her name unique and rare, was a special girl that most Chinese would not find pretty. She was a bit too tall, her hips a bit too wide, her eye-brows quite “aggressive.” She spoke loudly with one-sided passion, a possible side effect of her tourist guide job. At work, she needed to yell to the tourists and be passionate, whether they were or not. She intimidated men with her pleasant or unpleasant ways. However, there were a few boys from her school who were quite interested in her and who still kept in contact with her after graduation. She went out with them, playing sports, eating small snacks on the street, or seeing a movie. That made her mother very happy. Every time Ou Yang brought a male friend home, her mom would treat him better than her own kids, providing tea, snacks and hovering around them and asking him questions until Ou Yang became upset and yelled at her to leave them alone. The dates seemed to go all right, but each date ended when the man started talking about marriage.

Some might say that Ou Yang did not rank high in Chinese traditional taste for beauty, but if you are of fine mind, you might find that beauty changes the presentation, connotation, and thereafter sensation, it might cause according to different era, race and nation. It also differs from person to person. Ou Yang would have ranked 5 out of 10 average in Chinese people’s sense of beauty, although she would have ranked a 9 in foreigners’ eyes, and her English helped a little with that result. Beauty to men might just be like food to hungry men, the hungrier they are, the better the food, or it also might be like a seduction hidden deep in a western teen’s mind after seeing an Asian girl getting off the elevator one day. This hidden memory of the pretty Asian girl and his early sexual urges might have just blurred his eyes or changed his senses, or it might be that one’s sense of beauty is purely subjective, carried along by each person along with the rhyme, place and their overall personal situation.

Ou Yang had met a handsome fair-haired young man whose name was Marius Gallant. Judging solely by his name, it is obvious that he was not Chinese, but then again, most Chinese did not know which country he came from. To the Chinese, foreigners,with their names and their looks, are as strange and uniformed as Chinese or Asians are to them. Who was this handsome young man? She did not dare to tell anyone, especially her mother. It would be out of the question to date a foreigner, let alone the possibility of marrying one, So, the dating went on under the radar for the time it lasted.

It was Marius Gallant who fell in love with Ou Yang on the plane to Chengdu, Sichuan Province. It was a trip aimed atLe Shan Da Fo  and  Jiu Zhai Gou near Chengdu. Traveling is a good time to feel different and experience new eccentric settings to force our senses into spontaneous status. Marius Gallant, a 25 years old Frenchman, originally from the city Orange where there is a well-maintained Roman Amphi-Theatre dated AD 33 under the Roman Emperor Augustus.

Marius was medium height and extremely well proportioned with legs a bit longer. His nose line ran straight from his forehead down, just like that of Michelangelo’s David. Ou Yang had never seen any one’s lips so beautifully shaped and of proper thickness, and she could hardly take her eyes off them. His eyes, oh, his eyes, Ou Yang simply had to avoid looking into them, for the reason that she would get lost in them and find herself ranting about nothing to her group! One thing she could fix her eyes was his silky, shiny blond hair, cut short on the sides and back leaving the longer part on top combed to the right side. Ou Yang’s heart could barely endure the seduction that Marius’ longer locks of hair provoked, those locks that flew aside naturally following the whirl started from the left to the right. The sun shed its breath-taking romance on his golden hair, his perfect profile and this pair of jade green eyes full of differences, freshness and wonders that Ou Yang would fight to keep her sensations not so strayed as to show little sign of her biological admiration for such a beautiful creature…

When in love, we change. Not that we do it consciously with intelligent processing, rather that the changes just take place, driven by our biological urges.  Biologically, it would be a disastrous event to our species if a man and a woman were to meet and their beauty caused no ripples, especially when there is a striking contrast between the two of them. Marius had noticed Ou Yang in her own special ways, special not only as Chinese, but also to this fine minded young man who was visiting China for the 1st time.

Ou Yang got the signal of Marius’ clear intention by being touched on her waist after she sent everyone to what they wanted to do at the end of one day in Chengdu. That was obviously too bold a gesture for Ou Yang to accept while a too shy move deep in her true heart. She backed up one step while she truly liked his hand on her waist.
“Why didn’t he just pull me against him since I could do nothing about it?” she thought, regretting that it did not happen the way she wished.  When Marius offered her to take a walk in the Du Fu Cao Tang close to their hotel, Ou Yang said yes immediately, fearing that this offer would expire before it was accepted. Ou Yang walked calmly back to her room shared with another Chinese staff, her joy could not be concealed by her severe facial expressions, her excitement could not be hidden away from the humming of her favorite American movie song:  The Hills Are Alive , one of the songs in the Sound of Music when Maria fell in love with Captain Von Trapp, a song that ranked 10th among American movie songs in the last 100 years.

Until she came around the corner where she was supposed to meet Marius, Ou Yang was still singing this song. She was so hyper that the song just would not stop . She pulled the prettiest skirt from her suitcase, shed some perfume on her neck and put on some makeup that might not be necessary at all. It was towards 9pm when the sun had set to shine other parts of the world leaving Chengdu to its sweet tranquility. Two minutes after she arrived, she heard footsteps coming from her back. She knew it was him and she dared not to turn around. She stayed as if she was almost in a frozen manner, waiting something to happen without her feeling too overwhelmed, something sweet, unexpected, something that she had been longing for since she was 15…

“Yang yang!” She heard. Nothing actually happened except for Marius calling her name, yet sweet sweet “Yang Yang” out from his soft cherry-like lips had already drugged her into not knowing who she was and where she was. She turned around and saw Marius holding a small bundle of flowers with one red rose in the middle. She accepted the flowers, smelled and inhaled the refreshing scent down her spine and into the back of her brain. She was happy, so happy that she offered a kiss on his cheek. There she was pulled very close to him, so close that she could hear his breath and feel his heart beat. For Marius, it was the same. He closed his eyes and pressed his lips gently on hers. Ou Yang did not move away this time, but instead, she held him tight, so tight that she could have gone inside Marius’ body and became one together with her ideal prince.