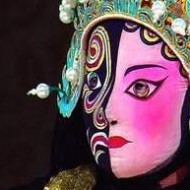 In China, Mei Mei’s favorite subject was Chinese and writing. She loved writing so much that she could not stop. Writing gave her wings and she would take off, flying and indulging her imagination with her own version of the world. After a year in Montréal, she appallingly found that her world was completely lost! She didn’t know what to think, let alone what to put on paper. Her brain became a big, airless space where she was left alone. She had been seeking endlessly in every possible hidden corner of her mind to come up with some sort of sensation to connect to the world that she had been familiar with, but nothing was found! 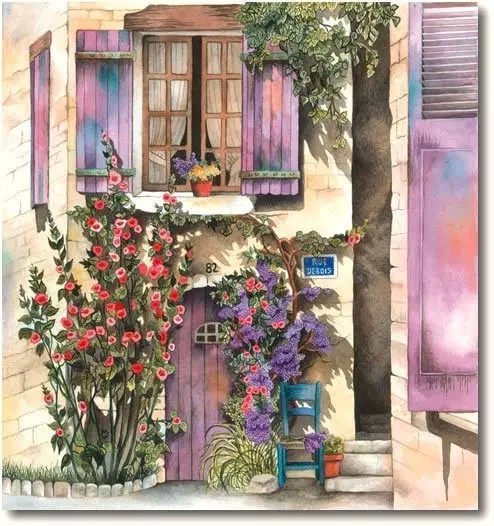 Due to her difficulties in learning the tongue-twisting, slightly hawking French, which she had presumed easy, she returned to reading on the Internet, but as an evasion from her reality and not for the pleasure of reading. Her futile confidence gained over the past years in the “red” China was unconsciously vanishing, as was her time unknowingly disappearing into whatever there was online.   She became very quiet, so quiet it seemed as if she no longer existed… 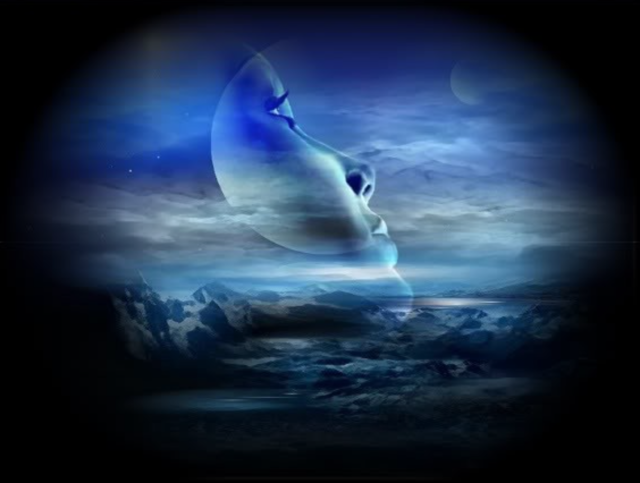 From a jolly, happy and even naughty kid, Mei Mei was descending gradually into a slouchy, skinny, flat-bodied little girl who was coming unwillingly to the edge of losing her mind! She had no one to cast a glance of admiration her way, nor had she any boy to talk to. She became mute and deaf! She could only see herself as a Chinese paper mask stuck to her face!  On this exterior motionless face, the flicker from her eyes was now dying down. The huge, speaking, Dan Feng* eyes were like a dam that was about to burst! Deep in her eyes there lay a strong will to be liked, appreciated, and loved; behind this breathless mask, shined silently her desire to be kissed by a boy, or even by her father! Her already slim flat body extended her shy limbs towards nowhere for nutrition to grow into a wishfully wonderful woman.

She did not know when her parents began arguing and fighting. She believed that it started with one single incident of water damage in the bathroom. The pipes were so old, and the lack of maintenance meant that they leaked whenever they had chances. The bathroom walls were showing black moisture in the corners and so were those of the unit downstairs. The downstairs tenants even came up at one point to yell at her parents because of the leak.

And yet, living in that inglorious flat with moisture was nothing, compared to hearing the Cantonese owner undermine her father by threatening to expose the alleged “secret” of the first four months he was there. He was probably the one who started all the misery for Mei Mei’s parents; he had told Mei Mei’s mom that her father had lived with a lover while she was still in China.

The tiny flat was really getting too small for Mei Mei. Her mother’s yelling would drive her out from her quiet, yet still some what enjoyable, internet world. 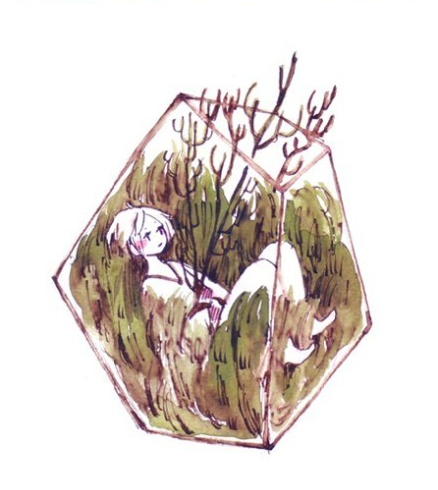 She tried to convince her mother to believe in her father instead of the stealthy  Cantonese man, but it was in vain. All she got from her furious mom each time was either a shout such as “You shut up! What do you know?” or bitter scorn: “See, that is your dad! A University professor, and now a what? A shabby stinky No.9 * who washes dishes and makes $5.00 an hour”.

Mei Mei’s mom had become a whirling propeller that was releasing all its strength and wreaking havoc all over, even damaging Mei Mei’s only comfort and access to tranquility and a little bit of left-over secretive joy.  The small, dirty apartment with Mei Mei in the middle of the open bedroom had never given her a quiet corner.. The slap she received from her mother one day jolted her numbed soul awake:. Mei Mei felt that if she would not want to be drown with her parents, she had to break out of the cocoon which just resembled oddly a sealed and unbreakable iron bucket*.!

That day was her 15th birthday. Two years in the new country had simply exhausted her body and soul. She hadn’t gown much taller or bigger, and she still looked like a 13 years old with her child-like body. She longed to break away and fly off into her sky,  she was so thirsty for the tranquility and independence! But just as quiet as a moth sleeping in its cocoon,  Mei Mei had to be enormously patient as she waited for her strength to grow and for time to pass by not so violently, reserving some energy for the time when she woke up. 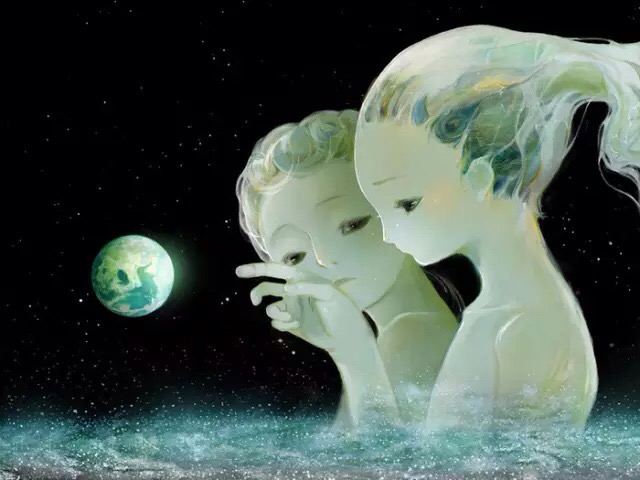 As a birthday gift, Mei Mei’s father bought her a new computer. It was a special one, a trendy Mac! The slick silver machine sat on her desk without any conscience of who she was.

The laptop was such a meaningful gift from her dad that she instantly forgave him for his cowardice towards her mom. Staring at the frost lit Apple logo, she felt tears pouring down her pale and thin face. They were tears that had been held back for two years, tears of hatred for her mom and dad bringing her into this 6-month white winter world, and tears for her loving dad who had still managed to keep a little corner for his lovely daughter in his miserably fallen “professional” and family life!

Mei Mei called her grandfather when the clock hit 10 pm, which meant that in China it was 10 am. She called all of her buddies in China. Grandpa did not know what was happening there, and neither did all of her friends from the kindergarten, primary, or junior high schools.

Every time she called, she had to hang up not long after, because she knew well that their admiration for her having this precious opportunity to study abroad would have pushed her to the edge of the cliff. It was this shining mirage that had lured her parents into this nightmare! She had never expected that her happy little family would have gone through such a thunder storm with no umbrella strong enough to shelter.

Mei Mei and her parents would never have realized what they were running into. Immigration, to the naive and innocent adolescent Mei Mei, seemed like a spiritual violation, the worst of which lies in the fact that it was an unspeakable, very unfortunate self-induced one! Chinese people are a very proud race who would find it a great shame to admit their problems to others or even to themselves. The growing pains of Mei Mei were not only normal adolescent ones, they were tangled tightly with her “lucky” grand migration. Her pains seemed unimportant to neither her parents nor the new society, and to her “well” educated ignorant parents, it was a road to destruction, especially when China seems to have developed in a positive direction that they had not expected.  As for Chinese people who have no religious or any other kind of spiritual support, the blend-in would be surprisingly superficial, because they were not equipped to survive the cultural shock, though the quality of the umbrella “Made in China” is improving.

As for Mei Mei, we keep our hope, because as the ultimate wise man said:  Nature has its decent remedy to keep its balance.This is the key factor that has always been saving us from all disasters! 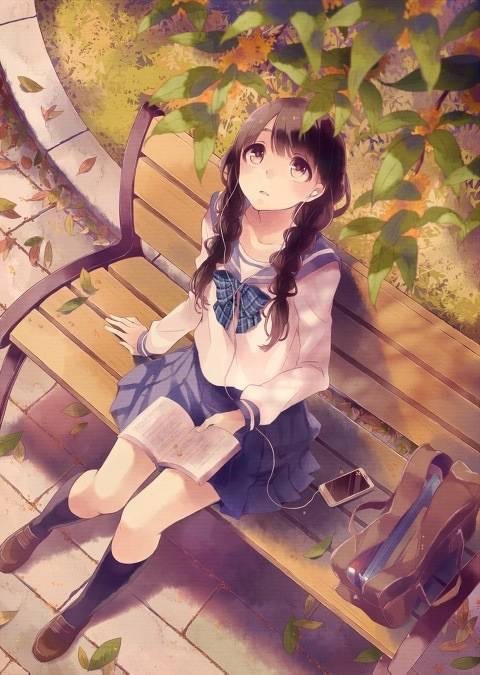 *Stinky No.9 : The mocking nick name for Chinese intellectuals in the Cultural Revolution, the one at the end of the list of “bad” people.

*iron bucket was used to describe the red China before the Opening-Up.